Canadians And Their Social Values 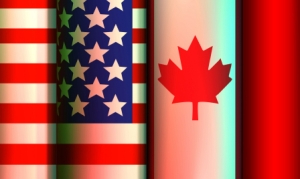 I have an ongoing dialogue with a few of my close Canadian friends about the distinct differences between Americans and Canadians. We may be neighbours, but in reality we’re very different. For me, the conversations I have with this group of smart, open, but opinionated friends is extremely healthy, and has been a huge part of my Canadian learning experience.

One of these said friends sent me an article from the Canadian Marketing Association in partnership with MacLaren McCann that details four dominant themes that are unique to Canada called “Canadian Social Values: Dominant Themes in Canadian Culture” (just like the article title says. Ahem.). The article is the first in a series addressing the four key defining defining values in Canadians, and I found it to be spot on. I highly identify with the social values referenced in the article, which is probably why I’m so deliriously happy in Canada (and why so many Americans who don’t identify with those values so unhappy here).

Of course, you could argue that the points are so broad that anyone might identify with them, but I believe that, after living here for three years, these are more uniquely Canadian attributes than they are anything else. And, while the author makes the inevitable* comparisons to the US, I think the article does a fantastic job of discussing just what makes Canadians so, well, Canadian.

Defining Value #1
We Canadians value a unique balance between individual autonomy and collective responsibility. It is a very special attitude we uphold as Canadians, in that we believe in having the ability to self-determine the way we want to live, but importantly, we also expect and even defend the right for others to have that same privilege. So while one may choose differently from another, Canadians generally believe in each person’s right to make their unique personal choice. Said simply: Canadians respect difference.

Where does this come from?
Canada is a nation founded ultimately through cooperation, with a history of accommodation, and this is reflected in the founding principles of ‘peace, order and good government’ (outlined in more detail by Michael Adams in his book Fire and Ice). Through these historical roots, the wants and needs of various diverse Canadian groups were acknowledged and accommodated to create a workable collective.

Additionally and importantly, the Canadian ‘system’ is built with an emphasis on the provision of social support services. Canada features a public education system, a public health-care system, a public welfare system and with that, a corresponding tax system to fund it. This system functionally places responsibility on the community to be supportive of its residents.

Points of Evidence
Respecting Difference:
– More than two thirds of Canadians say they relate to non-conformists, compared to just half of Americans (Michael Adams, Fire and Ice);
– 60% of Canadians approve of homosexual relations, where only 38% of Americans feel the same way. “We’re one of the world leaders there.” In fact, in 2005, Canada become the fourth country in the world to legalize gay marriage (Reginald Bibby in 2006 Maclean’s Canada Day Poll and 2009 Maclean’s Canada Day Poll).

A Marketing Reference
Speaking of ‘respecting difference’, recall as far back as 1995, when RuPaul was signed to a modeling contract for Canadian company, MAC cosmetics, making him the first drag queen supermodel?

Watch for the next post, Canadian Defining Social Value #2: Attitudes of Tolerance and Acceptance. We continue to look forward to hearing your comments and reactions.

* Inevitable because there’s not a day that goes by that I don’t hear someone here comparing something with the U.S.